Conveniently located just a stone’s throw from beautiful beaches and surrounded by Pinellas County’s natural settings, Largo boasts being the fourth largest city in Tampa Bay. Largo offers a great quality of life for residents with affordable living and its central location to just about everywhere. Valued green spaces, an engaged and active community along with safe and attractive streets have all contributed to Largo’s desirability. Our central location, attractive community and superior parks and leisure services make Largo the easy and most natural choice for your home, business and recreation needs. Enjoy Golf, Aquatics, Performing Arts and more. All combine to make Largo the Community of Choice in Tampa Bay… Naturally!

Largo is the third largest cities in Pinellas County. Largo was incorporated in 1905. The town became incorporated in 1905 and in 1913 became the first town in Florida and second in the nation. The population is around 90,000 residents. Largo is located minutes from Indian Rocks beach. Over the past 10 years the city has developed Central Park Performing Arts Center, with concerts all year round. Also developed Largo Central Park which is known for yearly festivals and annual tree lighting. Downtown Largo redevelopment is under way and remains a City of Progress. Visit the Highland Family Aquatic Center

If you would like to learn more about the history of Largo, please read on for information provided by the City. The area now known as Pinellas County was first inhabited by the Timucua Indians, one of four tribes in Florida. The Timucuans cultivated cornfields, constructed substantial homes and were very involved in trading with the tribes of the north. When Spanish explorer Panfilo de Narvaez landed on the Pinellas Peninsula in 1528, he met great resistance from the Timucuans, and he and his crew suffered the ravages of storms, hunger and exposure which decimated the exploring party. Only four men found their way back to Spanish settlements in Mexico. Over the next 300 years, various parties of French and Spanish explorers attempted to settle the area, with little success. In fact, it wasn't until 1823 that Count Odet Phillippe, a surgeon in Napoleon's army, became the first permanent settler in Pinellas County.

A steady stream of settlers moved to the area throughout the 1800s, including such notable families as the Taylors, McMullens, Wilcoxes and Belchers. It was 1886, when the Orange Belt Railroad was coming through the area that residents came together to give their community a name. It seemed that the railroad would only build a station if the stop had a name. Some residents wished to name the town after the daughter of a prominent resident Gideon Blitch - Luluville. But ultimately they chose to name their town Largo, after the town's large lake. (In an ironic twist, the lake which gave name to Largo was completely drained by the Cross Bayou Drainage District 50 years later). Others argue that Largo gained its name from the city of Largo, Scotland, where several of the area's settlers came from. Because of its central location and rich farmlands, Largo quickly became the center of the area's citrus industry, earning the title "Citrus City." Largo citrus was being shipped by the ton to eager customers in the North.

The town was officially incorporated in 1905, and in 1913 became the first town in Florida - and second in the nation - to adopt a town manager form of government. The town grew rapidly through the boom times of the 1920s, but was hit hard by a freeze in the latter part of the decade, and then by the Great Depression. Due to mounting debt, the City of Largo was contracted to its original 1905 boundaries and once again became the Town of Largo.

When World War II veterans returned home, they quickly discovered the joys of living on Florida's suncoast, previously only known to the local farmers and a few rich vacationers, brought to the area on the rail lines built by Henry Flagler and Henry Plant. The population boomed, growing from just 1,500 residents in 1950 to over 5300 ten years later. An unexpected freeze in 1962 dealt a serious blow to Largo's agricultural industry, and as groves were sold off, developers were quick to move in to build homes for a growing population. By 1970, Largo's population reached more than 22,000, and a new City was born. 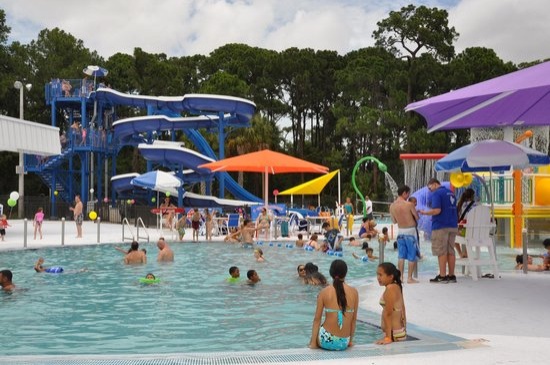 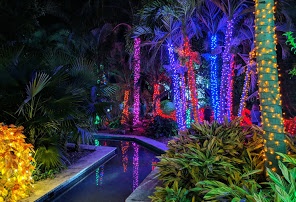 Find a Home in Largo

See All Neighborhoods
The information contained herein has been provided by My Florida Regional MLS DBA Stellar MLS. IDX information is provided exclusively for consumers' personal, non-commercial use, that it may not be used for any purpose other than to identify prospective properties consumers may be interested in purchasing, and that the data is deemed reliable but is not guaranteed accurate by the MLS. Listings last updated Jun 27, 2022 12:07:pm.